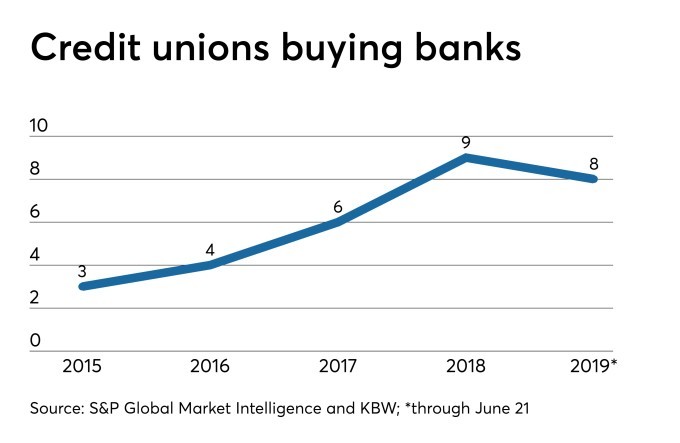 Eight times so far this year a credit union has bought a bank, according to Credit Union Times’ count.  Some deals are small – Verve, for instance, paid $43 million to buy South Central Bank in Chicago. Some are bigger such as Arizona Federal Credit Union’s buy of  Pinnacle Bank in Scottsdale with its $236 […]