The NYC Taxi Medallion Mess: Who Do You Trust? 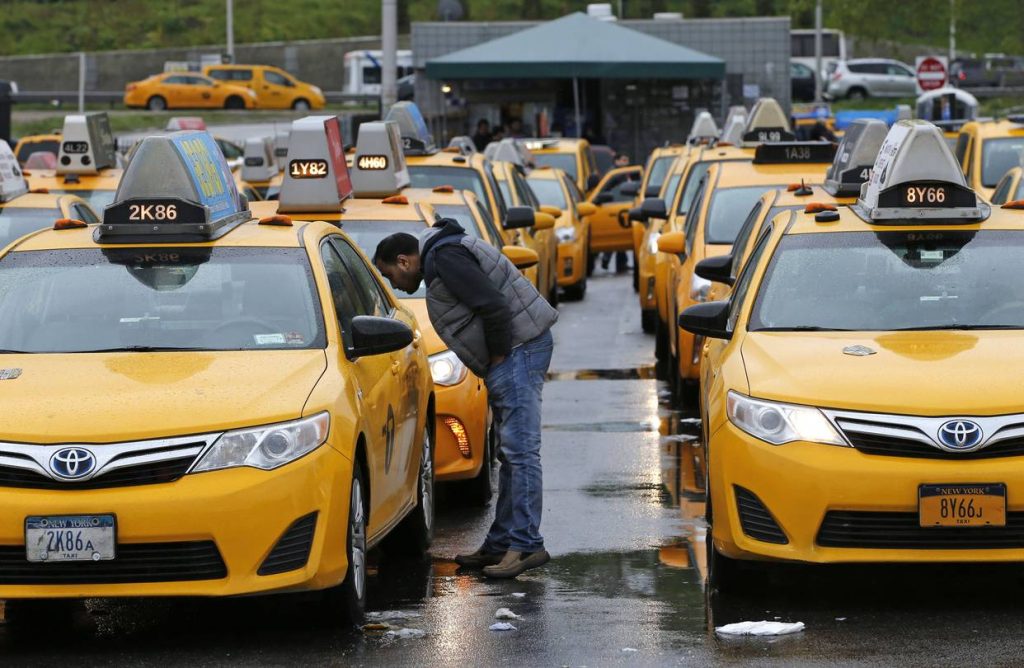 New York City Mayor Bill de Blasio has released a report that skewers the NCUA for failing to work with taxi medallion borrowers who owe much more on their medallion loan than the medallion is worth.  And stressed drivers, a few at least, are committing suicide in despair.

The report did not pull its punch: “credit unions taken over by the NCUA are often the least willing to work with drivers struggling to afford their monthly loan payments.”

Read that again. New York City is saying NCUA, sitting on a huge bucket of medallion loans that are backed by an asset – the medallion – that continues to trade at a small fraction of its highest prices, which often eclipsed $1 million. Lately, they have sold for $160,000.  Ouch. 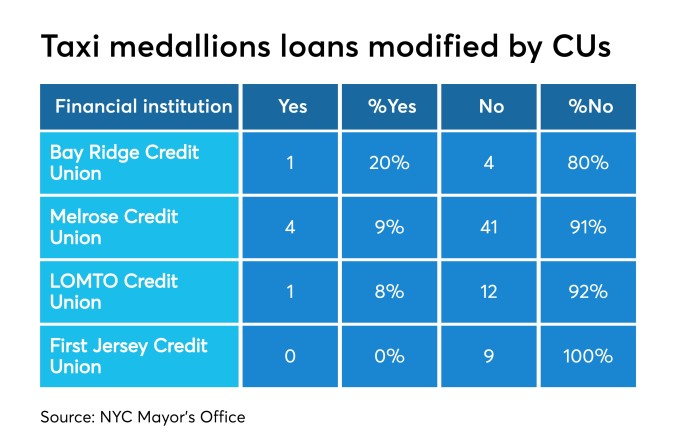 NCUA has issued a quick denial: “The NCUA, as liquidator for the failed credit unions, is working with these borrowers to modify credit union loans where possible through payment reductions, lower interest rates, or term adjustments,” said agency spokesperson John Fairbacks in a statement reported by CuTimes.

“We remain committed to balancing the needs of these borrowers with meeting the congressionally mandated requirement for the NCUA to ensure the safety and soundness of credit unions and the National Credit Union Share Insurance Fund,” Fairbanks added.

NCUA owns medallions from at least three credit unions: LOMTO, Bay Ridge, and Melrose.  The Office of the Inspector General issued a baleful report in March.  The loss to the National Credit Union Share Insurance Fund is estimated at $765.5 million.

Why has the taxi medallion lost so much value? It’s not just a New York issue, by the way. Medallions have cratered in San Francisco and Philadelphia, to name just two.  The root cause: the proliferation of Uber and Lyft as more of us turn to the platform transportation companies. There also are multiple nascent worker-owned cooperatives focused on creating city-specific Uber competitors. (Hear a podcast on such ventures here.)

As for why the credit unions blew up, the OIG said: “The Credit Unions maintained significant concentrations in loans collateralized by taxi medallions. Except for credit unions that qualify for an exception, the Federal Credit Union Act limits the aggregate balance of member business loan (MBL) portfolios to 175 percent of the credit union’s net worth. This statutory requirement is implemented in NCUA’s regulations.2 All three Credit Unions qualified for an exception3 from this limit based on NCUA granting their charter for the purpose of making MBLs or having a history of primarily making MBLs prior to September 30, 1998. Technological innovation, specifically mobile ridesharing (or ride-hailing) companies such as Uber and Lyft, gained market share in cities across the country and caused disruption to the taxi industry. The disruption to the industry resulted in financial difficulty for many traditional taxi drivers across the country, and impacted the Credit Unions significantly through increased delinquencies and losses on loans collateralized by taxi medallions.”

Here’s the present reality: it is highly improbable that more than a fraction of the medallion holders will be able to repay those inflated loans.  Their incomes have collapsed as more riders shifted to Uber, et. al.  It also is increasingly difficult to keep a medallion on the streets and working 24/7, the old fashioned model.  Drivers are scarcer as more have shifted to driving for Uber and Lyft.

According to the NY Daily News, the average indebtedness of a medallion loan holder is upwards of $340,000 apiece. According to the Daily News, “Their loan payments ranged from $2,500 to $4,000 per month — in 2018 an average yellow cab medallion brought in $10,200 per month, data shows. The additional costs of buying cars, maintenance, insurance, and other expenses leave many medallion owners scraping by.

Half of the medallion owners surveyed said they struggle to pay bills on time, and one in four said they are considering bankruptcy.”

Some agitate for New York City to bail out the drivers and assume some of the cost of the medallions but de Blasio says that is not happening. “The honest truth is, it’s something we can’t reach,” said de Blasio. “We do not have the capacity as a city to provide that. I wish we did, but we don’t.”

Right now both are choking.

Does anyone know how to perform the Hemlich before more taxi drivers die?

Robert McGarvey drove a medallioned cab many years ago in Boston and Cambridge, Mass. It was hard work then, it’s hard work now.