What Are Memes? And Why Should Credit Unions Care? 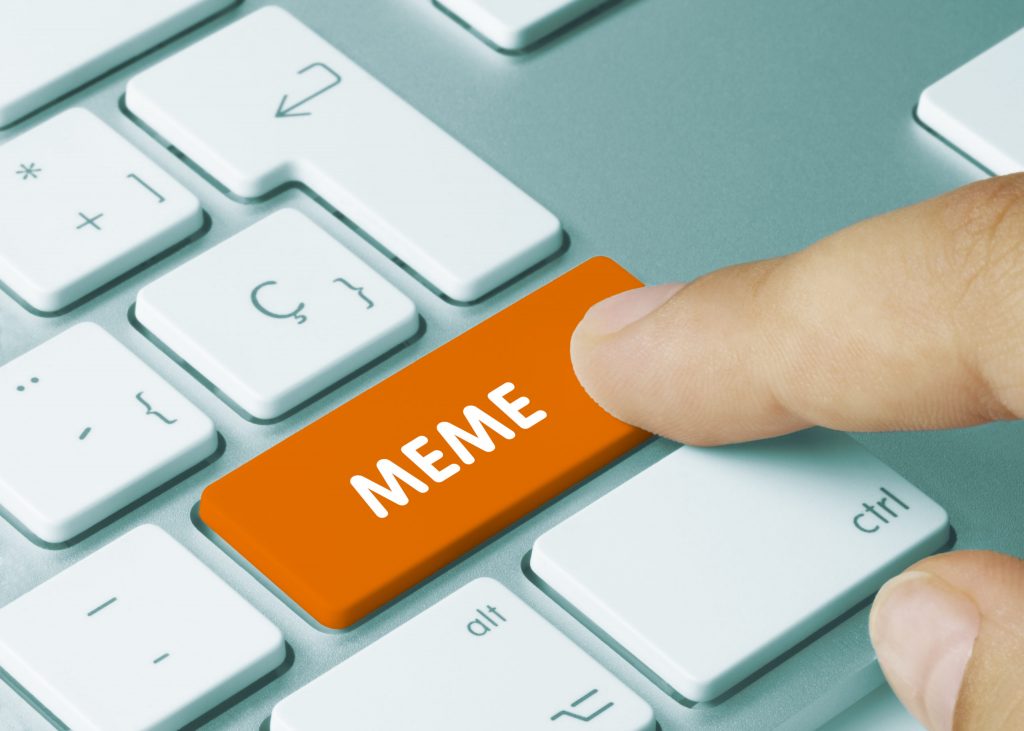 If you’ve been living under a rock for the last decade, you may have missed it. An astounding amount of social media content and interaction revolves around memes.

But what are memes? Are there examples of memes? And why should credit unions care about them?

Because, let’s be honest here, credit unions should care about memes—and they should use them immediately.

What Is a Meme?

Many people suggest that a meme is merely words on a picture. I’m here to tell you that is an inaccurate definition. Actually, that’s the definition of an image macro, which is just one kind of meme.

(Fun fact: not all image macros are memes! Think about inspiration posters, for example.)

But what is a meme?

The textbook definition was written in 1976 by Richard Dawkins. The original definition is dry and academic, but it all boils down to this:

A meme is an idea—a fragment of culture—that gets passed around and evolves over time.

Generally, memes are iterative, so you can see how they change, develop, and intermix. This is often the easiest to see with image macro memes, but the dissemination of meme ideas and themes is apparent across almost every meme format.

Examples of Memes and Meme Formats

These recognizable and iterative cultural fragments and ideas were some of the most recognizable internet memes. And make no mistake—memes have been around long before the internet.

However, here are ten of the most popular memes in the last decade and change:

Basically, any idea, joke format, or cultural reference that can be repurposed, repackaged, and tailored to fit multiple situations is a meme. And believe us—the above are merely ten of hundreds of meme styles.

Why Credit Unions Should Care About Memes

If one of your social media goals is to encourage engagement and show brand personality, you’ll want to make or take part in some memes.

And don’t just make memes to promote services or sell things. The obvious commodification of a viral joke format will expose your credit union for being horribly out of touch! Just have fun with them—but keep things on topic.

Stay tuned for part two coming soon! We’ll discuss how credit unions can make, take part in, or use memes to connect with members (and grow your social media presence).

Subscribe to our blog to hear more of the latest in credit union marketing! Or follow the links below to learn about credit union social media strategy.

Your Credit Union Should Use Yelp