3 Overdraft Hacks That Your Members Will Love 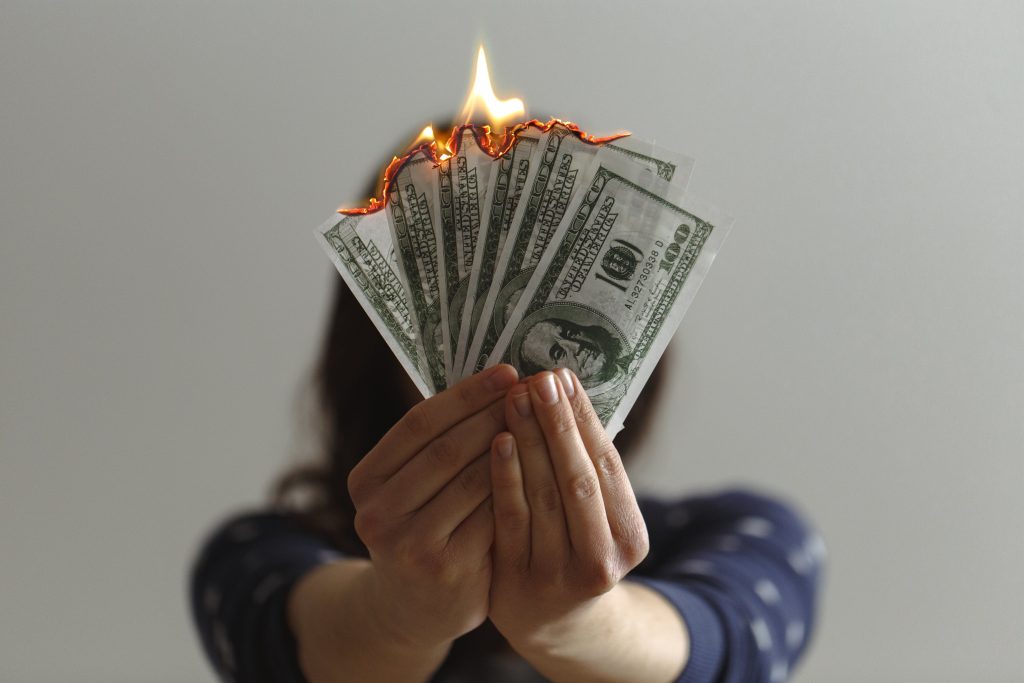 Nobody likes getting dinged with fees. In fact, levying too many fees at your members is a surefire way of frustrating them. But what if I told you there’s a way to make your members appreciate your approach to overdraft fees?

There are a few win-win ways to turn a bad member experience (overdraft fees) into a great one. And the best part is, they don’t take much effort. In fact, they may even save time in the long run…

Why Am I Thinking About Fees?

Recently, I overdrafted my account at a credit union. Doh! The funny thing was that I had plenty of money in my savings account, and it was an honest mistake. So, how did this happen?

The core of the issue is that I was a new member and no one at the credit union had ever offered to setup overdraft protection. I assumed it was set up automatically by default. I hadn’t had an overdraft fee on an account in years!

The funniest part of the story is how I found out that I had overdrafted. I found out because I received several delinquent notices on a bill. I had bill pay setup, and the credit union just didn’t pay my bill… because I didn’t have the money in my checking account!

So, once I saw the delinquent notice, I had to take the time to dig in and figure out what had happened. At the end of the day, the credit union ate the $90 dollar late charge and made me whole (although they probably didn’t have to). I felt both guilty and vindicated after complaining.

This experience got me thinking about how often this sort of thing happens and what our industry can do about it. So, I came up with a super simple hack that almost all credit unions can implement right away.

Hack One: Set Up Overdraft Protection for Certain Members

Once per month, run a report on all members who have at least a certain amount of money in their savings accounts. Then, find the members in that group who don’t have overdraft protection set up. (This should be easy for any analytics team.)

And then set it up for them.

That’s it! That’s the entire hack. Instead of charging them a fee and explaining why overdrafting costs them, you can avoid that entire experience right of of the gate.

And here’s how to turn a small win into a big one:

When you set up overdraft protection for your new member, tell the member! Send them an email. You can try this one if you’d like:

We just wanted to take a minute to say thanks. Building strong communities means looking out for each other.

Recently, we saw that you don’t have overdraft protection set up. And although that’s perfectly fine, we think you’d be a terrific candidate for it. This feature allows you coverage so that if you accidentally forget how much money you have in your checking account, we have your back and don’t

A) accidentally bounce your check(s)

B) charge you a fee

The charge will draw from your savings account instead. If for any reason you don’t want us to set that up, please click here to let us know.”

Ta da! You have just upgraded the experience, improved your digital prowess, built trust with your members, and put their wellbeing first. Good job! Pat yourself on the back!

I’ve got a couple more ideas though. Let’s save some celebration for them.

I spoke with one credit union that had created an awesome overdraft policy:

The credit union will only ever charge you for two overdraft fees in one 24 hour period.

This policy makes a lot of sense when you think about it. Whenever a member was charged a bunch of fees for multiple transactions in a short period of time, the credit union almost always ended up refunding majority of these. However, by limiting the policy to two overdraft fees in one 24 hour period kills two birds with one stone. The member still has to take responsibility for their negligence, but the member service representatives can do them the service of waiving the rest of the balance.

So, although members may still be unhappy about their overdraft fees, they also see that their credit union isn’t exploiting a bad situation. That kind of move builds trust.

Here’s another awesome policy being used by a few credit unions today:

On the members’ first overdraft, the credit union automatically alerts the member and refunds the fee. Then, they send a link to a video that educates the member on how to avoid overdraft fees in the future.

The video might explain the difference between available and actual balance. It could provide some helpful budgeting tips. It should introduce other ways to avoid overdrafting, such as setting up overdraft protection. It might even suggest picking up a credit card or a short-term loan for when the bills can’t wait.

This solution lets your members know that you have their best interests at heart. Plus, it also gives them valuable resources to keep them out of trouble in the future!

Your credit union probably spends a good amount of time speaking with unhappy members and reversing fees. If you stay proactive about overdrafts and help your members avoid them, you’ll create great member experiences. And you’ll save your representatives many uncomfortable conversations, to boot!

These are just a few thoughts on how to help your credit union deliver a streamlined digital experience that builds trust and wows the member without any fancy systems or tools. (However, if you do want fancy systems and tools, you might want to check out marketing automation…)

Want to learn more about how your fellow credit union leaders are using data? We invite you to join our Credit Union 2.0 Strategist Group where over one thousand industry leaders comment on new news and trends while sharing and learning from one another.