Must a Credit Union Hop on the AI Train? 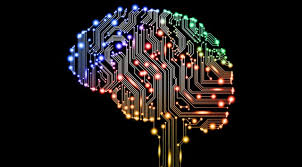 Short answer to the question posed in the headline: yes.

Right now, AI – artificial intelligence – is the hot buzzword in fintech circles. AI means using a computer’s brains to do tasks that traditionally have been done by people, such as speech recognition, translation, and decision making.

What’s happening now is that suddenly AI is entering our homes and offices at a brisk pace. A few years ago, Apple’s Siri – widely introduced in 2011 – was an early form of 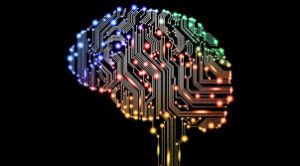 AI and now there are many, from robo-advisors that plan retirement portfolios to Amazon’s Echo which will let a user do at least some banking with voice commands.

Right now, a lot of AI is more in the spirit of demonstration. “Alexa, what’s the weather?” Sure, it’s cool that she talks to you – but it’s not honestly much faster than clicking an app on a phone.

Next phase AI will be beefier and deliver more benefits, say the experts. Already the money-center banks are deeply diving into AI so ignoring this trend at your peril. But, no, you’re not behind, said Celent in a recent research report on AI and banking. “Relatively few banks have begun production or even full-blown research at this stage. For those who think they’re lagging, the good news is that they’re not — there’s still some time.”

In late 2016 when Celent asked financial institutions to prioritize technology initiatives, AI came in dead last, tabbed by only 6% as a top focus.

Probably today that number has nudged up but don’t expect that AI suddenly is the top priority. It isn’t.

But it remains important to monitor.

Celent added: “We take a rosy view of AI in banking — for those who embrace it, AI will over time provide a better experience for customers and employees while delivering real business value on every dimension.”

Question for you: how and where can you offer AI tools to members? And are there behind the scenes places where AI can star but out of member sight.

In that latter regard, be ready to use AI to help fight fraud. CO-OP is a player in this space and the idea is that a smart computer can get very good at spotting fraud earlier than a human likely would. A real promise of AI is that it can detect criminal innovations just about as soon as they are launched and, theoretically, will thereby cut the loss volumes in the first phase of a criminal gambit. That all sounds realistic, if the AI is powerful and updates itself.

What’s tantalizing about AI is that it promises real time, tangible deliverables – if implemented carefully. How to do that?

Celent in its report, offers a three step map for financial institutions looking for entry points into AI.

Step one: “Keep an eye on the market, learn the landscape.” Read articles such as this one and definitely read case studies of financial institutions and AI deployments.

Celent’s bottomline: “While there’s more AI smoke than fire in mid-2017 (that is, more banks are talking about it than implementing it), every bank should develop a strategy for incorporating AI into their technology stack over the coming years.”

Do as Celent prescribes.

And know that a key area of AI interest among money center banks are so-called chatbots where consumers engage in what looks like realtime conversation with a computer. Word of advice: pick one out and play with it. Then play with it more.

Can your credit union go the chatbot route?

There’s also a lot of interest in developing product recommendation tools a la Netflix or Amazon where, because you streamed all of House of Cards, the service recommends similar videos and – often – the recommendations are stunningly on target. Can a financial institution do likewise? Many think so. Watch this space for exciting innovations.

Sometimes fintech is more sizzle than steak, more promise than reality. That’s almost certainly not going to be the case with AI. Stay aware of progress. Stay ready to jump in. That’s your 2017 action plan.