How Can Credit Unions Reduce Reliance on Fee Income and Reimagine Non-Interest Income? 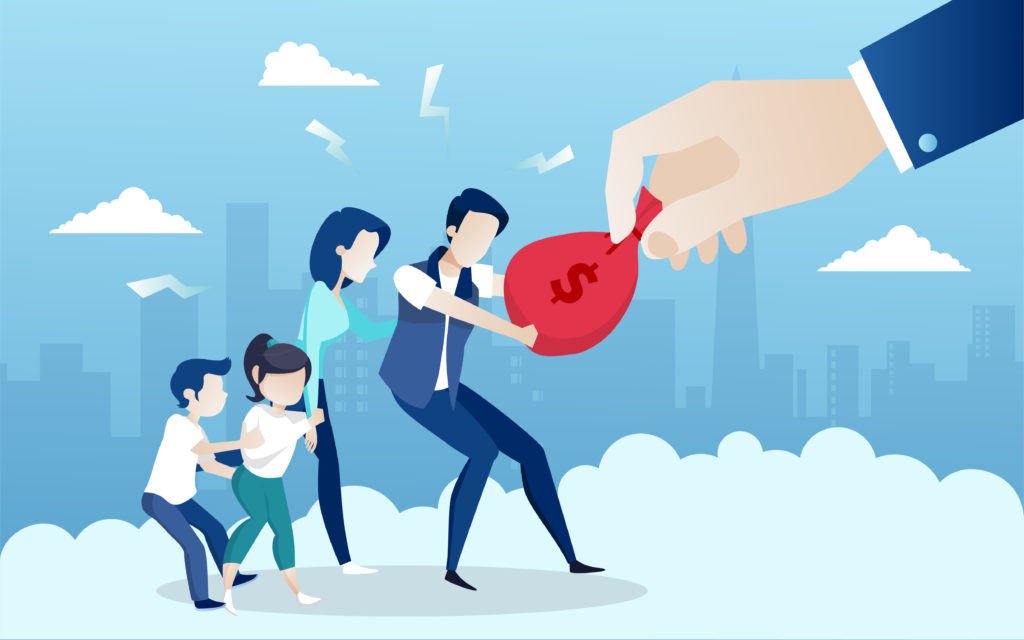 Credit unions are facing an event that could spell trouble if not properly and swiftly addressed:

The industry’s big source of non-interest income, the non-sufficient funds (NSF) fee, is falling out of favor, both with consumers and regulators alike.

A panel of experts at the CU 2.0 Brainstorm Event discuss potential ways to tap into other revenue streams as well as ways to protect members without breaking the bank.

Watch the video below to catch the whole thing, or read on for a short summary.

Getting Back to the Basics and Finding Member-Centric Solutions

Denise Wymore, Marketing Manager at QCash finds the industry’s reliance on non-interest income frustrating. She fully believes that credit unions have grown reliant on NSF fees as a source of non-interest income when they should be focused on lending, and have taken their eye off of the goal: to provide value to the member while generating revenue to continue operations. Arguably, NSF fees do more harm to the member’s financial health than good.

CEO at Weokie Federal Credit Union, Jeff Carpenter, agrees that while credit unions have grown dependent on penalty fees and he dislikes overdraft, it’s a very needed service that is frequently used by members. It is the credit unions’ job, then, to educate them to help them be smarter about it. Otherwise, he says, fee income is fine if it’s based on value to the member, like gap, warranty, or credit insurance at a cost that’s reasonable compared to the “whack” pricing of the current NSF fees.

Joel Schwartz, CEO at DoubleCheck, asks, if penalties can be turned into services, what will people pay for? What people pay for is amusement, to feel better, to save time, to improve relationships, to improve appearance, and to protect themselves. A solution is to move the fees into a space where people want to pay for it because it provides them a service, re-centering the focus on providing value to members.

The final panelist and Co-Founder at AcceleWage, Bruno Gremez, says that as a consumer, seeing value from added fees would be fine. Gomez also comes to the panel armed with a study from Consumer Financial Protection Bureau, reporting findings that overdraft fees account for two-thirds of reported fee revenues among banks—including credit unions.

The issue that credit unions face in terms of a reduction in revenue from overdraft fees is a very real one and should not be underestimated. If the pool of money were to dry up overnight, credit unions can’t provide value to members without generating some kind of revenue.

Wymore says that the current model is courtesy pay—not to be confused with actual overdraft protection—which is not in the member’s best interest. She gives an example from her time working at a credit union in the 80’s, when standard practice was for members to apply for a $500 line of credit as overdraft protection. Since then, credit unions have gotten addicted to the income, to the tune of $25-$35 charged per every returned item. She insists, once again, that credit unions need to go back to the traditional credit union model and rely on making loans for income.

Gremez agrees with a majority of the panel—credit unions are overly dependent on NSF fees and they will be under increased scrutiny, especially as inflation is on the rise and members are facing hardship. He advocates for the members’ side of things, stating that there’s an increasing number of people every month wondering how to make ends meet, and charging them these penalties is hard to justify.

At the same time, the fee-based revenue streams are going to be significantly reduced in the near future because of regulations, and the collective consumer expectation that fees will go down.

Meanwhile, fintechs are attracting millions of customers away from credit unions by offering them alternatives to overdraft as well as other attractive features. It’s up to credit unions to solve the issue for themselves and their members or risk losing them for good.

Schwartz suggests that the answer lies in charging fees for value-added services, not as a punitive measure for overdraft. Create products and accounts that offer transparency and empower members to make choices, control resources, and control their account balance to offset fees that may be placed. Offering perks and services for a reasonable fee could be a viable option.

He also offers a different perspective on the NSF fee debacle, saying that the institutions that have gotten rid of overdraft are causing bigger problems, potentially putting smaller institutions out of business due to pressure, and the issues inevitably trickle down to members.

Gremez is also skeptical about eliminating fees as a solution, because it may be more of a marketing point than a real solution. In addition to innovating around the reduced stream of revenue from NSF, credit unions also need to come up with a proactive solution to dealing with competition on the second largest source of income: interchange fees. Fintechs are hijacking interchange fees from credit unions by attracting members with new products. How, he asks, can serve members going forward to serve well and in a way that makes the business viable?

Gremez explains the premise of earned wage access: it gives access to earned wage before the end of the pay cycle even if it’s just a few days away, to help consumers pay bills and avoid late fees and take smaller transaction fees instead. When EWA initially launched in Walmart, one of the first big companies to use it, 500,000 out of 1.2 million workers started to use earned wage access within 18 months. Could this be a solution to empowering members to protect themselves from overdrafting their accounts?

He goes on to warn again that eliminating NSF fees is not a miracle solution, as there is and always will be a limit in terms of amount and time of free credit. Members will still have to pay a penalty fee in the end if they overdraft too much, and because of the reduced price point (or total elimination of fees) members can become overly dependent on overdraft, facing financial hardship if they don’t manage their personal finances correctly.

He suggests that a better solution is offering alternatives to NSF like small dollar loans, otherwise they will always end up with the same issue.

Schwartz points out the generational difference in banking that contributed to the NSF fees in the first place: whereas older generations were very proactive in their banking (they kept track of each transaction in a check register that is now almost obsolete), the newer generations are far more reactive in their banking and don’t often check statements. He suggests that putting members in control of knowing what is going on with their accounts and what’s coming up could help credit unions get ahead of the issue.

The panelists continued on to discuss the profitability of NSF fees, the historical concept of the credit union and how it’s changed, fair play banking, and a potential return to our roots – putting the “credit” back in credit unions. The discussion was opened up to the audience to offer questions, remarks, and insights.

PrevPreviousHow Can Credit Unions Reinvent Themselves for Blockchain and DeFi?
NextCU 2.0 Podcast Kirk Kordeleski Money Talks Episode 8: Why Low Pay for the CEO Sets Your CU on a Path of FailureNext