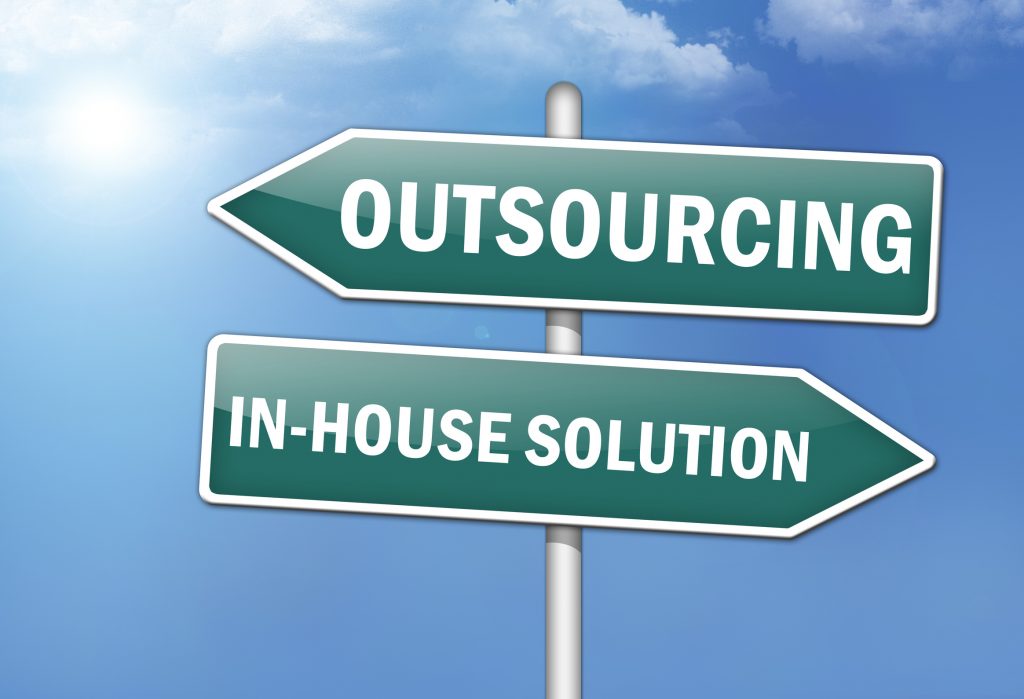 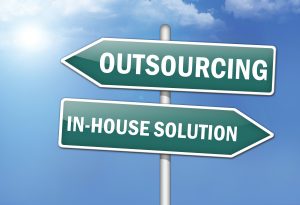 Call this a tale of two kinds of credit unions – and know that there is no simple answer to the question: Is a path to survival for credit unions to outsource many IT functions?

A reality is that many credit unions – especially smaller ones with assets under perhaps $250 million, roughly 80% of all credit unions – have targeted outsourcing as a key tactic in an environment where providing basic technical services has gotten ever more necessary and also expensive.

But another reality – more details later in this piece – is that many bigger credit unions (with assets over $1 billion, roughly 300 out of the nation’s 5800 credit unions) are going the exact opposite route, seeking to differentiate by offering customized, personalized tech.

Both groups may be doing exactly what’s right for them.

They also wind up on very similar paths.  Eventually. Because there’s a lot to like about smart outsourcing regardless of credit union size.  The crucial word is “smart.”

It’s about saving money while getting IT that’s as good as, maybe better than, what can be done in house.

Here are the top places where credit unions outsource:

Core systems.  About 2500 credit unions, nearly one in two, now get core processing through a hosted or service bureau solution. The core itself resides outside the credit union. So do the employees who work on it and they in fact typically are employees of the hosting company.

Experts say many credit unions can cut their core costs by 25 to 50% with a hosted solution.

Going the hosted route involves trade offs. Independence is lost. It’s not a solution that would work for every credit union.

Compliance.  Amid the thicket of federal requirements – involving everything from the Patriot Act to BSA – more credit unions are turning to outsourced solutions, sometimes provided via state leagues.  The big advantage is that the credit union stays compliant with regulations that it may not fully understand.

Mobile banking.  Mobile may be the primary channel in future years but, right now, of the credit unions that offer members a mobile banking app about 98% use off the shelf packages where the technology and much of the servicing is done by a vendor.

One vendor has about a 25% market share, and that means one in four credit unions use essentially the same app.  But the credit unions that use off the shelf apps like the convenience and reliability.

CISO as a service. CU 2.0 founder Kirk Drake talks about how many credit unions would benefit if they turned over the bulk of their IT security to an outsourced provider. That would mean lower costs and very likely higher skill levels.  As the tech IT battles intensify, the need for ever better security climbs.  Watch more credit unions explore third party CISO alternatives.

The real benefit may be that when a credit union uses outsourced solutions for many functions that frees management to focus on improving core competencies which, at a credit union, revolve around better knowing and servicing members and finding ways to upsell members into more services.  All of this is hard – especially because the competition in many cases are money center banks with vast resources.  That’s why success is more likely for the credit unions that go after member focused improvements with their full energy.

The Other Perspective: Homebrewing Tech

Just as many credit unions are looking to outsource more of their functions, some are looking to bring work back in house.  Case in point: Congressional Federal Credit Union where CTO David Hufnagel told me that in fact he planned to introduce a home banking product that explicitly gives him substantially more opportunity to offer custom features.  Why? “We want to differentiate ourselves in the market.”

Hufnagel is right. Custom home banking is a stand out because it is rare. A handful of vendors provide the bulk of off-the-shelf home banking tools.

As digital becomes the primary channel, institutions like Congressional Federal are exploring the how-to of taking more control of those channels so that they can own the member points of contact.

Congressional Federal also has a membership with an unusual trait: most are paid once monthly and that, said Hufnagel, introduces special challenges for members.  He wants more digital tools that can accommodate that pay schedule.

Congressional Federal is not alone in this charge. For instance,  a growing number of large credit unions – generally with assets over $1 billion – are now deploying home-brewed mobile banking apps.  They cite the ability to customize, both the look and the tools, as the key driver.

They also like having a mobile banking app that is not twin to the many thousands of other apps in the Apps Store.

In many cases, incidentally, taking back control of mobile banking will reduce costs because most third party packages involve per user fees and as the number of users climb into the hundreds of thousands, for some credit unions million, those monthly checks are tough to write.

How many credit unions are doing this, either with home banking or mobile banking? Perhaps as many as 100.

That number will grow as credit unions differentiate themselves as a central competitive strategy.

Just maybe the biggest and smaller credit unions have more in common than they might think.

Here’s the irony. Probably the smart move even for credit unions that want to bring back inside tools they consider mission critical – such as home banking or mobile banking – is to outsource technology that is not mission critical.  That puts this tech in the domain of a company that does it for a living and frees the credit union to focus on the areas where it can in fact differentiate itself.

There have not been many members who have praised a credit union for its Bank Secrecy Act compliance.

And just about no member knows what a core system does.

Start looking for services and technologies to turn over to third parties.  And put a stronger focus on touch points that matter to members and make these places where the credit union can puts its own spin on what it provides.

Look for ways to differentiate. That’s how to stay ahead in the 21st century.