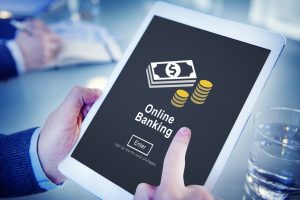 The press release headline had me at go: “D3 Banking Technology Survey Finds More than Two-Thirds of American Digital Banking Users are Frust.”

Nah, I didn’t know what “frust” means either.  The Internet tells me a secondary slang meaning is frustrated.

And, you bet, I too am frustrated with credit union mobile and online banking – and I’m not alone, per D3, and that should definitely worry credit union execs.

I have accounts at two credit unions. Digital products at both are inferior to Chase, where I also have an account.  If I could have only one account – and if I weren’t a big believer in the credit union movement – it would be with Chase.  I hate to say that. But it’s true and, thankfully, I am not limited to just one account.

Chase is forever improving its digital products. My credit unions aren’t (and, yes, I know they are locked into their vendors’ upgrade cycles – but why accept that?).

D3 proves that with its Harris poll that surveyed 1600 digital banking users (who had used it in the past 12 months) and they were quick to vent. Two in three – 68% – expressed frustration with their digital banking experience.

Count me among them. Yesterday I logged in to change the PIN of my debit card.  No can do in my credit union’s mobile banking app.  I eventually called an automated line and accomplished the task and how 1985 is that?

Why can’t I do a simple, mechanical task like changing a PIN on a mobile phone – and, really, do you think call centers do a better job of screening out fraudsters? Ask Microsoft co-founder Paul Allen about that.

Nor is there evidence to suggest doing this via online or mobile banking is inherently riskier than via a telephone call.

A bottomline reality is that in 2018 an increasing number of consumers want – indeed demand – that their mobile banking app and online banking let them do anything they could do in a branch visit.

Even tho credit union members skew older, it is safe to assume 6 in 10 of them are dissatisfied with their mobile banking experience.

For sure, too, members demand a feature rich digital banking experience: “The survey also found that more than half of digital banking users feel it is important for financial institutions to provide mobile deposit (70%), P2P services (66%) and mobile account opening (51%) as part of their digital banking offerings,” relayed D3.

Here’s the frightening kicker: “32% of digital banking users report that they are willing to leave their current bank or credit union for a better digital experience.”

That is blunt: one in three members who use digital services say they just may shift financial institutions to get better services.

Mark Vipond, CEO of D3, observed that that’s the real issue here is “the number of American digital banking users – 32 percent as found in our survey – who are willing to leave their current banking relationship for a better digital experience. As new types of technology continue to be introduced, financial institutions are going to need a strategy built on technology that allows them to innovate and introduce new features and functionality faster than they have to date.”

That’s the reality. Today consumers benchmark your app and website against Amazon, Netflix, Google and the other top digital services – and, sadly, at all but a handful of financial institutions the digital products are mediocre at best.

What’s the solution: commit, today, to improving your digital offerings just about daily, certainly weekly.  Word of advice: smart credit unions are committing to continuous improvement of their digital offerings.  The era of a once or twice a year update is over.

The path to credit union extinction is paved with complacency.

Particularly with Millennials, credit unions have key positive attributes – they are local, they are community-minded, they generally are intimate scale, and they aren’t “big business.” All good. But will Millennials suffer a poor digital experience to do business with a credit union with bad online and mobile offerings?

Most credit unions seem to be betting that indeed Millennials will.

I don’t think they will.