$30 billion annually – that’s how big Pew said the payday, pawn auto title, etc.  loan market is in America.  When people need a loan, and everybody else has said no, they go to alternative lenders. That’s 10 to 12 million Americans every year. 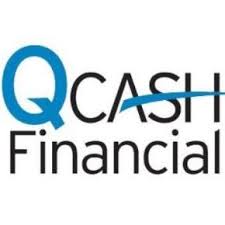 Ben Morales, CEO of QCash, said that QCash in effect brings WSECU back to its roots. The first loan the credit union made, around 60 years ago, was $50 to a member to buy new tires.

That is exactly the kind of helping hand credit unions were formed to offer and, said Morales, QCash is a platform designed to help many more credit unions profitably offer small dollar loans to members, to the benefit of the member and also to the credit union.

Said Pew: “The average payday loan customer borrows $375 over five months of the year and pays $520 in fees.”

Pew added: “banks and credit unions could profitably offer that same $375 over five months for less than $100.”

Pew continued: “banks and credit unions can be profitable at double-digit APRs as long as applicable rules allow for automated origination.”

That’s exactly where QCash comes in.  What it offers is an automated platform where the loan applicant answers a very few questions and, in under 60 seconds and with just six clicks, a decision on the loan is rendered.

That speed and simplicity is a big plus for loan applicants.  Many fear that applying for a credit union loan means a visit to a branch for a face to face but QCash puts the process online or in the mobile app. That makes it easy for the member and also eliminates much of the embarrassment potential.

About 70% of loan applications are approved, said Morales.

Add it up and QCash is a good deal for the appropriate member.

Why isn’t it offered at more institutions?

The grumbles about offering payday loans at a credit union are many. There are complaints that this isn’t what a credit union should be doing, that the borrowers will default, that it’s too expensive to process loan apps to bother with small-dollar loans to imperfect borrowers, etc. etc.

QCash proves a lot of that wrong.  Last year QCash – which presently has five active credit unions involved with several more in the go-live queue – processed around 35,000 loan apps.  It has a track record.  The charge-off rate, said Morales, is around 10 to 13%.  “That’s why you charge as high as 36% APR,” he said.

He added that some QCash institutions charge significantly below 36%. Nobody presently charges more.

Morales acknowledged that some in the credit union movement are squeamish about the idea of charging members 36% APR – but he pointed out that, for this member, that usually is a very good deal, much better than the alternatives that might be available.

Point is: this is helping members. Not hurting them.

Even so, not every institution involved in QCash is aggressive about marketing it, Morales acknowledged, perhaps because of some lingering concerns about being seen to offer payday loans.

That’s something the reticent institution just has to get over. Because that’s the better path for the member.

An obstacle to credit union implementation of QCash is that right now doing so requires significant in-house technical talents and credit unions below perhaps $500 million in assets often don’t have that.

Small credit unions may also have problems in providing access to the core – frequently because the cost of needed middleware is high.

Morales said such issues represent a challenge to QCash to “perhaps adapt its product to overcome these issues.”

Point is: QCash is working on making its product readily adaptable to a growing number of credit unions. Morales said QCash hopes soon to offer QCash to credit unions without regard to size and scale.

Bottom line for Morales: going after high interest, predatory lending should be a credit union differentiator – and QCash puts those targets in range.  “We can do something about this,” said Morales.

“We can make a difference for our members.”

Credit unions could rock their way up in the public consciousness and put on a good guy aura in the process of taking on predatory lenders.

PrevPreviousCredit Union Data Analytics: Who are your best members? :)
Next5 Lessons Learned from AXFI 2018Next